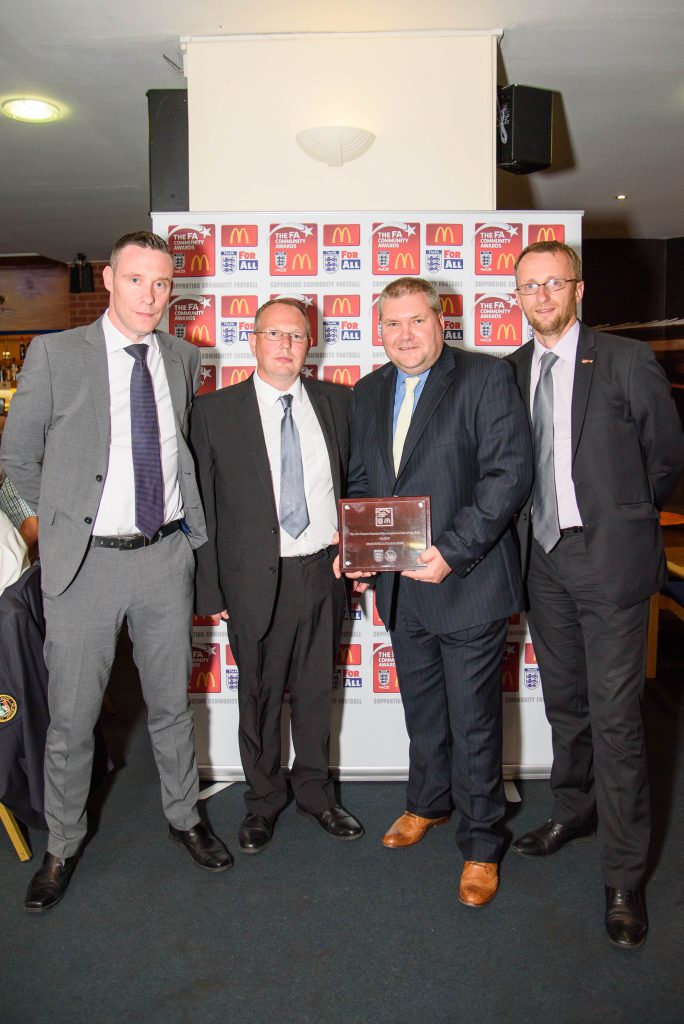 Bracknell Cavaliers FC were lucky enough to have received a nomination for the Berks & Bucks FA (BBFA) Charter Standard Development Club of the Year 2016-17 season. A nomination was a massive achievement for us as a club and came on the back of trying to further develop grassroots football in our community for everyone. 2016-17 saw the club, through Paul Huggins and Neil Baigent, develop an U8 Girls football team, who were initially training and then playing tournament style fixtures monthly within the Berkshire County Girls league set-up.

The same season also saw Cavaliers accept an Inclusive team into our structure, providing them with training facilities and kit/eqpt to enable them to play together and participate in the BOBi league. In addition to the above, the club also went through 50 hours of coaching instruction with our FA coach mentor, Jon Simmons, aiming to help develop our existing coaches and make them even better, in order to help our players improve and develop themselves to become the best they can be.

With all of these developments, the club was a strong contender for the award and it was with great pride that Barrie Smith (Chairman), Simon Lovett (Vice-Chairman), Kevin Haddock (Treasurer) and Mike Clothier (Secretary) went to Adams Park on 15th June 2017 for the BBFA annual Community Awards evening to receive the award of CSD Club of the Year.

This was a great accolade for the club, it’s members, coaches, volunteers and supporters. It demonstrates how well regarded we are as a club and for all the hard work that everyone puts in week in, week out.
Congratulations to everyone connected to the club for helping us to receive this prestigious award – we couldn’t do it without you all.

This site uses Akismet to reduce spam. Learn how your comment data is processed.